The Reaper is back! Following events in The Reaper and The Disciple, Detective Inspector Damen Brook returns in The Resurrection in which he battles against his oldest foe, the Reaper, a serial killer like no other. To defeat the Reaper’s murderous network of Disciples, Brook must leave his Peak District sanctuary and risk his life to cut out the heart of the Reaper’s deadly organisation.

“A month after the death of a retired FBI agent in a remote field, DI Damen Brook is in limbo while his role in the fatal shooting is investigated. Faced with a difficult balancing act between saving his career and preserving his liberty, Brook can at least console himself that his struggles with the Reaper are over.

But then, during the course of the investigation, Brook meets ambitious detective DS Kelly Tyson and is stunned to discover new information about his old adversary, Victor Sorenson, and events surrounding the Reaper murders in his old stamping ground of London.

Before he can make sense of the new information, a further Reaper killing in Derby plunges Brook back into the maelstrom but, to his dismay, he is now outside the investigation and powerless to influence events. Even more galling, an old rival has taken over and is determined to side-line Brook and humiliate him to avenge past slights.

Forced to act alone, Brook realises that, to put an end to the Reaper killings, he must leave Derbyshire and travel halfway around the world to face his nemesis.”

Posted by reapersteven | Filed under The Ressurection 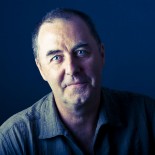